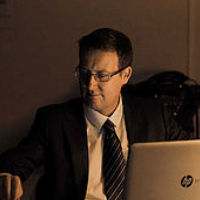 Carlos Giana "Carlos Tango" has DJed all over the world, where he has many loyal fans and a very solid reputation as a DJ who can really create magic on the dance floor.
He is the creator and founder of the CANTANDO TANGOS YouTube Channel (an Argentine Tango reference site) with more than 80 million YouTube views and 110 thousand subscribers from more than 200 countries, and counting. He also has a very polular website called CarlosTangoDJ.com where he has a large variety of tango music for sale. Interestingly Carlos will be giving a lecture on the History of Tango and all people attending the lecture will receive for FREE the full Master of Tango collection (worth over $100 ) that Carlos sells on his website.
Carlos has more than 25 years extensive experience DJing in milongas, marathons and festivals around the world 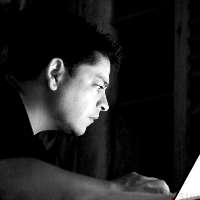 If you thought the dancing of Carlitos Espinoza was great, wait until you hear Carlitos Espinoza the DJ. The same love for music that you see in his dancing, Carlitos brings to his DJing. Carlios does not often have the time to DJ, but when he does it is an amazing treat. 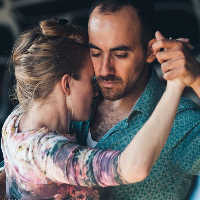 Alberto Ramos is one of the founders of the Cleveland Tango School. Based out of New York and the Caribbean before moving to Cleveland, Alberto has taught at the Hunter College Tango Club, Oberlin University, New Yorks You Should Be Dancing studios and the Piel Canela Dance Company. He DJs frequently throughout the USA and Canada. Focusing primarily on tango's Golden Age, Alberto creates a warm energetic environment while keeping a watchful eye on the dancers and the room. 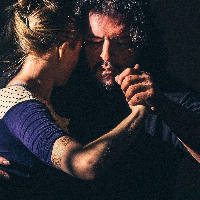 Manuel Soto (Montreal), co-founder of Las Piernas Tango School in Montreal, has a long love story with tango. He discovered tango music in 1978 from his main source of inspiration: his tanguero grandfather Angel. Manuel started to DJ in 2006, when he understood that the connection that is so magical between two people on the dance floor can be as inspiring and powerful between a DJ and the dancers. Since then, this peruvian tango lover has played his inspired music in countless milongas, marathons and festivals around North America, but no matter where or what type of event, Manuel always brings his own personal touch and burning passion for tango to his DJing. In addition to DJing tradional tango music at TTX, Manual will be the DJ for the downstairs alternative music room on Saturday. 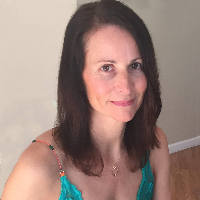 Kimberly Scola (USA) came into the tango world as a salsa dancer and quickly fell in love with tango. Very soon after that, she began to be interested in the music itself and she soon started working as an active tango DJ. When an suprise invitation to DJ an alternative milonga came to her she began working on building a successful library of Nuevo and Alternative music. Kim's style is mainly about creating a positive environment that builds and sustains the energy on the dance floor. She likes to express her own personality with her very carefully chosen tandas, and she loves connecting with other dancers through her music. We are lucky to have her as the DJ for the downstairs alternative music room on Friday and as the traditional tango DJ at the Sunday afternoon practica. 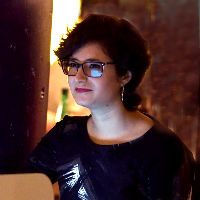 Pame Bravo is from Argentina where she began dancing tango in 2014. Her love for tango music inspired her to become a DJ and she quickly became one of the most popular DJ's in her city of Cordoba, Argentina. She moved to Buenos Aires where the acclaimed Dj Mario Orlando (maybe the most famous of the excellent DJs in Buenos Aires) became her mentor and taught her the art of building beautiful tandas. She learned quickly and soon became the DJ at Club Fulgor one of the most well known milongas in Buenos Aires.
Pame currently lives in Montreal and we are very lucky to have her DJ at our festival. 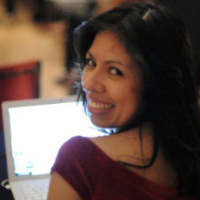 Berenice has been inspiring dancers at milongas in Toronto and beyond for many years, with many loyal fans who love her music. A long-time student of tango music, her vast knowledge, intuitive approach and careful selections were combined to create unforgettable tandas that kept her in high demand in many international Tango Festivals .
'DJ Bere' has officially retired, but she has agreed to come out of retirement for the Toronto Tango Experience. So if you have missed Berenice's wonderful music this may be your only chance to listen (and dance) to her music one more time. 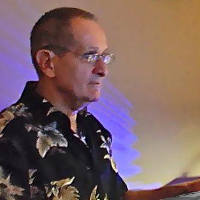 During his tango travels Andy has DJed at many milongas and festivals in Europe, Turkey and China, most recently in Germany and Poland. He is also the house DJ at the biggest milonga in Toronto. He has a flexible style, but as a rule plays mostly solid traditional golden age tango music, however he does sometimes add a Guarda Guardia Vieja tanda or possibly an occasional venture into the 1950s or 60s. Andy will be DJing at the free milonga on Wednesday.